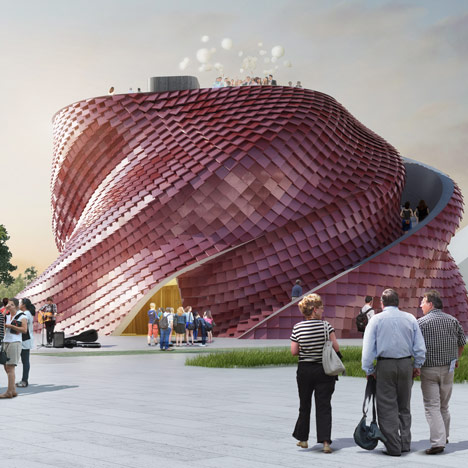 …History says it takes a village, an army, the world to save the planet. Devastation of the earth

is happening at an alarming rate. After lifetimes of disposing, denigrating and devastating our waterways, our parks, our forests, we, as a human race, are reviewing and working on mending our ways. Hopefully. Are we getting smarter? Are we learning about greening our planet? Oil spills into our ocean, rivers, lakes, wildlife kills in our parks, desecrating our rain forests.

And what about air pollution?

What formations do you see in the clouds, the sky, the flowers. Pollution affects cloud formation. In the case of aerosol pollutants, if the air pollutants reflect the sun’s light, the cloud cover increases. If they absorb it, cloud growth is stunted. Look at the cloud masses.

In the 70’s we tried to get industries to stop filling the air with the end products of mass production. And for awhile, a short while, manufacturers stopped the smoke, the ground fill, the medical waste. Who is in control, the government, the people, commerce? It always seems to boil down to the who gets the mega money.

What do the once beautiful waterways, parks and forests look like to you?

The ice the polar bears walked on to find fish is melting. Now they have to swim for their dinner, or starve, or become vegan.

Mother of two cubs in snow

Oil floats around a rig at the site of the Deepwater Horizon oil spill in the Gulf of Mexico. Photograph: Jae C. Hong/AP.

The White House says the BP oil spill is probably the greatest environmental disaster the US has faced, but the true impact on surrounding ecosystems could take years to emerge. Experts say the unprecedented depth of the spill, combined with the use of chemicals that broke the oil down before it reached the surface, pose an unknown threat.

How would you express your views on “Place and Politics” as an artist, a writer, a philosopher, from your life/your travels?

The sun warms our planet, provides us with light and is crucial to all life on Earth.

One of my readers asked me to talk about windowless rooms.  I sent a query back to her explaining that rooms w/o windows can be so depressing.  “What tactic do you want me to take? ”

Her answer:  Safety from natural and man-made disasters. Not depressing.

Well folks, with my 40 plus years of interior design work, I can tell you that a windowless room can be depressing.  So, before I talk about creating one that has live-in possibilities in case of disaster, I want to let you know that without access to natural light and fresh air, bacteria has no way to dissipate.

It’s the ultraviolet light of the sun that grows our veggies that make us healthy, and kills the bacteria that make us sick.  Oh sure, you can get special indoor artificial lighting that does some sun imitation, but living in a space where there is no natural light of the sun, is not ideal.  Not ideal physiologically or psychologically.

The president of the company always gets the corner office.  The one with the windows.  It’s not priority by seniority, it’s productivity by possibilities.  The ones who make the decisions get the best window(s). Important decisions are made in this conference room.

The more important it is, the bigger the windows.  The industry tried to change this philosophy, but it did not work.  The natural light makes the grade.

When’s the last time you gazed upward and marveled at the mysterious, life-giving force that is the sun?

If you believe the whole staring-at-the-sun-makes-you-go-blind thing (which is actually true), you’re probably not doing a whole lot of sun-gazing. But it’s a real marvel: The sun warms our planet every day, provides the light by which we see and is necessary for life on Earth. It can also cause cell death and make us blind. It could fit 1.3 million Earths inside its sphere [source: SpaceDaily]. It produces poem-worthy sunsets and as much energy as 1 trillion megaton bombs every second [source: Boston Globe].

All of this, and our sun is just a plain old average star, by universal standards. It’s really just proximity that makes it so special to Earth. We wouldn’t be here if the sun weren’t so close.

And what about cruise ships?  My son Paul frequently goes on cruises with his friends and family.  He gets an exterior stateroom with a balcony, but there are interior staterooms as well. But those staterooms have no balcony and are windowless.

They use the old mirror trick to give the impression of light.  The mirrors are in the oval/round shape of the ship windows.  Not too shabby.

I prefer windows, even on a ship.  A windowless room, bah, humbug.  Even if you got stuck in a basement apartment when you got out of college, just a slit of a window inspired a happy dance.  But if you have one of those theatre rooms,

most likely in a lower level with no windows or you cover the window or eliminate the window.  Now we are talking about an on-purpose windowless room.  This room is not to live in unless…unless there has been a disaster and you must stay in this room until the disaster ends.  The room pictured here is pretty fun to spend some time.  Light colors and reflective surfaces, and if you turn out the lights and put on the movie projector, turn up the sound, munchies at hand, not too bad.  Add battery powered lighting, shelving, canned/dried food/water and potty, some warm clothes, you got a great place to wait out a disaster.

A safe place, a secret room below ground, a tomb in a pyramid.

New for 2020.  Tomb construction with all the amenities for windowless winning spaces.  Protect the people, protect the environment.

King Tut's tomb map to make your own passage

Will this go over big in the future?  Will we need to construct windowless rooms with secret passages to protect our sanity, our children, our lives?

Sun photo above courtesy of NASA