BEAUTY IN A BOTTLE

Beauty in a bottle has been around 6000 years. From the copper and lead ore that the ancient Egyptians used to create the world’s first cosmetics to the scientifically advanced products of today that can do everything from hide pores, smooth complexions, and turn the pale green of your eyes a vivid shade of emerald, makeup has been an integral part of humankind for thousands of years. Over the centuries, women used burnt matches to darken their eyes, berries to stain their lips and young boys’ urine to fade their freckles. They even swallowed ox blood in some misguided attempt to improve their complexions.

Women throughout history put their health at risk with many of their homemade cosmetics. In some cultures, for example, women used arsenic, lead, mercury, and even leeches to give themselves the pale appearance deemed beautiful in the old days. Thankfully, we’ve come a long way from the days of using toxic and deadly mixtures to enhance our looks. Or have we?

According to the Scientific American Magazine, the government knows just about as much as you do about what you’re putting on your skin—that is to say, not much. My recent encounter with Beautycounter has answered the many questions I have had about women’s health and allergies that have become prevalent over the last thirty or forty years. Has women’s health been affected by what they use for their face and bodies? BeautyCounter’s Gregg Renfrew has answers:

Like many of you, I’m a wife and mom—and, like many of you, I didn’t know what I didn’t know. As I applied sunscreen, lotion, and any number of beauty products on myself and my kids, I never thought for a second they might not be safe: After all, I thought, we live in a country that regulates everything. So imagine my surprise when I learned that when it comes to the personal care industry, that’s simply not the case. Companies are allowed to use harmful ingredients and make their own judgments about safety. And so I started Beautycounter, a company devoted to progress. Here you’ll find a wealth of empowering information about ways we can all make the world healthier, along with safer products you can trust. Because we all deserve better. Our vision is bold; real answers are never timid. Help us put truth back in beauty.

Our Mission To get safer products into the hands of everyone. Decades of studies indicate that serious health issues (including but not limited to asthma, cancer, and infertility) are on the rise and are due in some part to our ongoing exposure to toxic chemicals—whether it’s in the shower, on our commute, while we eat lunch at a local restaurant, or when we clean our kitchens at home.
There are more than 80,000 chemicals on the market today. Many don’t have any safety data. This is particularly true of those used in the skin care and beauty industry. What’s worse is that the Food and Drug Administration (the agency that regulates cosmetics in the United States) allows companies to use chemicals known to be extremely harmful in the products we put on our bodies and on our kids’ bodies every single day, day after day, and to make their own judgments about safety. It’s time for a change.
The United States has not passed a major federal law to regulate the safety of ingredients used in personal care products since 1938. Over the past two decades, the European Union has banned more than 1,300 chemicals in the product formulas of personal care products and restricted the levels of over 250 more in such products. The United States has only partially banned 30 to date.
We deserve better, and we’re doing something about it. At Beautycounter, we’re committed to a health and safety standard that goes well beyond what’s required by U.S. law: We’ve banned the use of more than 1,500 questionable or harmful chemicals through our “Never List”— all while ensuring our products perform and that they’re as indulgent as any other shampoo, lipstick, or oil in the market. It’s not easy work, but it’s well worth it. This is about progress—not perfection. Because every little bit counts.

Learn more about the impact the environment is having on your health.

Finding Beautycounter has been fantastic for me. I asked a friend what she was doing these days, she told me she found this company that was doing amazing work like developing safe products for face and body. According to the FDA, an average U.S. consumer uses about 10 cosmetic products in a day, including makeup, soap, shampoo, lotion, hair gel and cologne. Join me in treating your body well with Beautycounter products. I love their makeups and creams and feel safe using them.

Let me know if you want to sample any: http://beautycounter.com/gailingis. According to the FDA, a cosmetic is anything used for “cleansing, beautifying, promoting attractiveness or altering the appearance. 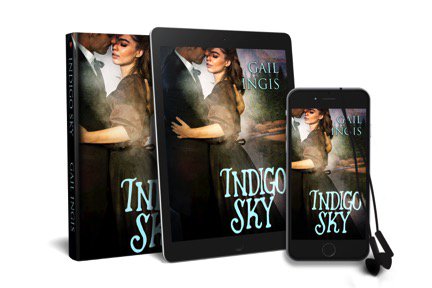 It an amazing story of Providence and the skill of English seamen that dozens of Atlantic ocean passages were made in little wooden ships bringing our Puritan ancestors to America almost without mishap in the 1630’s; the unhappy exception being the harrowing story of the Angel Gabriel, 1635, which met a terrible storm and cast up on the coast of Maine with only a few survivors.

There were perhaps 30,000 emigrants from England to New England before the English Civil War. These folks were mainly from the English middle-class, self-reliant and motivated to find a place where they might live, worship, and raise their families without government harassment. This movement of people is called the Great Migration.

Their motivation was religious, political, and economic. The British church and government was becoming insufferably hierarchical, tyrannical, and tax-hungry. Common resentment among the English people led soon to the English Revolution beginning in 1642, and eventually to the beheading of King Charles for treason in 1649, after agents intercepted his secret invitations to foreign kings and armies, that they invade England, crush Parliament and the English Constitution, massacre his English opponents, and restore Charles to his pretended Dei gratia royal privileges. Charles Stuart continued incorrigibly to hold his dynastic interest separate and above those of Parliament and the British people, and ultimately Parliament had no alternative but to end his conspiracies with an axe.

The Great Migration ended at the start of the English Civil War. Then for a time in the 1640’s was hope rekindled in the people that they might live in liberty in England, and the flow of emigrants ceased, in fact reversed. Many brave New Englishmen and their sons returned to fight in England to uphold Parliament and the Commonwealth. The true history of the British Commonwealth has been an unwelcome topic in Britain since the restoration of monarchy, 1661. But that is another story…

The migration included over 1500 persons from England to New England during the years 1632-1635. I found the name Harrison on a passenger list, who with his family headed east from New Haven, Connecticut and helped to settle Branford in 1644.

My hubby, Thomas Harrison Claus has lots of Harrison descendants here from abroad. As noted above, the Harrison’s were included in the migration and came over on one of the Puritan’s ships from Darby, England, and boy did they rock the boat. They raised their children who spread their wings and founded Newark, New Jersey. We were bowled over when we saw Richard Harrison’s name on a plaque in Newark as a founder. And there was a cemetery in Essex Fells, New Jersey that had interred many of the Harrisons’.

So, who was this Captain Thomas Harrison?

It’s a fantasy . . . . When we told my hubby’s mother we were moving to Connecticut from New Jersey, she mentioned the Harrison’s lived there generations ago. There it was, the Harrison house, well preserved right on Main Street in Branford as a antique home and museum, open to public for tours. But the best part was the library of the family right there on a bookcase in the kitchen. And it had the writings of a Captain Thomas Harrison who had the last entry in the late 19th century, ending with, “I hope someone will continue the Harrison history.”

Now, I have more about this Captain Thomas Harrison, but you’ll have to come back next week to hear the rest of the story.

Do you know anything about Captain Thomas Harrison?

…History says it takes a village, an army, the world to save the planet. Devastation of the earth

is happening at an alarming rate. After lifetimes of disposing, denigrating and devastating our waterways, our parks, our forests, we, as a human race, are reviewing and working on mending our ways. Hopefully. Are we getting smarter? Are we learning about greening our planet? Oil spills into our ocean, rivers, lakes, wildlife kills in our parks, desecrating our rain forests.

And what about air pollution?

What formations do you see in the clouds, the sky, the flowers. Pollution affects cloud formation. In the case of aerosol pollutants, if the air pollutants reflect the sun’s light, the cloud cover increases. If they absorb it, cloud growth is stunted. Look at the cloud masses.

In the 70’s we tried to get industries to stop filling the air with the end products of mass production. And for awhile, a short while, manufacturers stopped the smoke, the ground fill, the medical waste. Who is in control, the government, the people, commerce? It always seems to boil down to the who gets the mega money.

What do the once beautiful waterways, parks and forests look like to you?

The ice the polar bears walked on to find fish is melting. Now they have to swim for their dinner, or starve, or become vegan.

Mother of two cubs in snow

Oil floats around a rig at the site of the Deepwater Horizon oil spill in the Gulf of Mexico. Photograph: Jae C. Hong/AP.

The White House says the BP oil spill is probably the greatest environmental disaster the US has faced, but the true impact on surrounding ecosystems could take years to emerge. Experts say the unprecedented depth of the spill, combined with the use of chemicals that broke the oil down before it reached the surface, pose an unknown threat.

How would you express your views on “Place and Politics” as an artist, a writer, a philosopher, from your life/your travels?